All of our mares foaled down successfully this season with the usual unpredictability of foaling dates. This is particularly the case for maiden mares and always keeps you on your toes, with this season being no exception. Our first mare to foal took her time and decided to foal a few weeks late, one of our maiden mares foaled exactly on the due date (this is rare for a first timer), and one of our own mares due in early December foaled a few weeks early to enable a late season unplanned covering.

Of the foals born on the property, all were by different sires and 80% were colts. 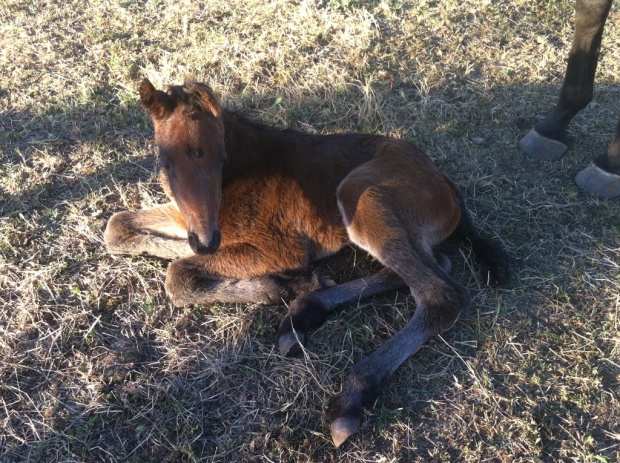 During the breeding we read an interesting article on ‘breednet.com.au’ entitled ‘Free Ranging Foals’ (30/9/13).

The article was by Mick Malone of Kitchwin Hills, who talked about the practice of assimilating the mare and foal back into the herd straight after birth. Kitchwin have moved down this path in recent years, prompted in part by watching the practices of the Archibald’s on a near-by property, who have a long and successful history breeding hardy and sought after polo ponies. By turning out foals from day one they are forced to keep up with the herd, and the abundant exercise quickly helps to overcome any physical deformities that often result in some farms having the mare and foal kept in isolation for extended periods. Added benefits of putting them quickly back into the herd include less stress on the foal as it does not get moved around as much as a mare who is trying to protect the foal after a long period of isolation, the mare cleans up faster, and the foaling yards remain cleaner with reduced risk of disease.

Having seen many foals born with physical imperfections that correct over time, Abbey Thoroughbreds is also an advocate of moving mares back into the herd soon after birth. As pointed out in the above article, you can always bring them back in if you are not happy with their progress, but like Kitchwin Hills we have not had to do it yet. 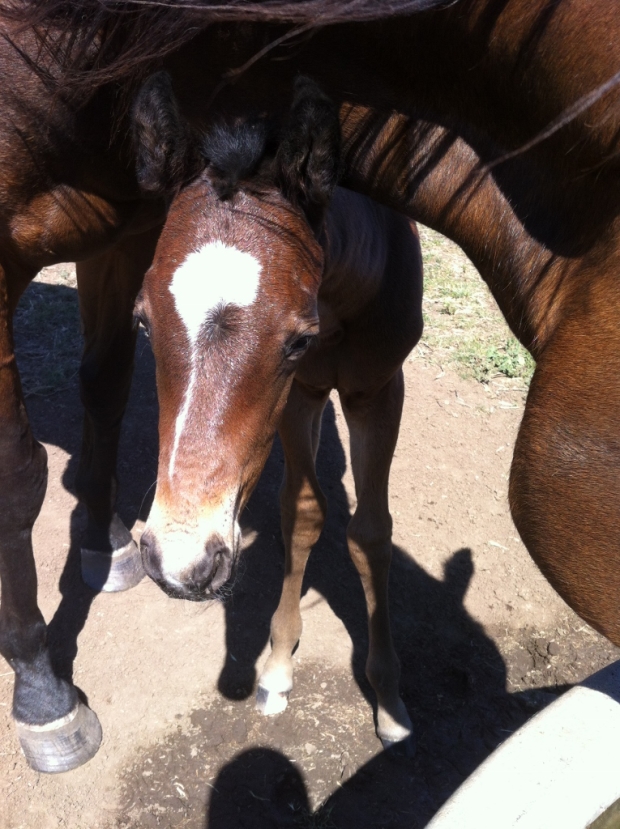 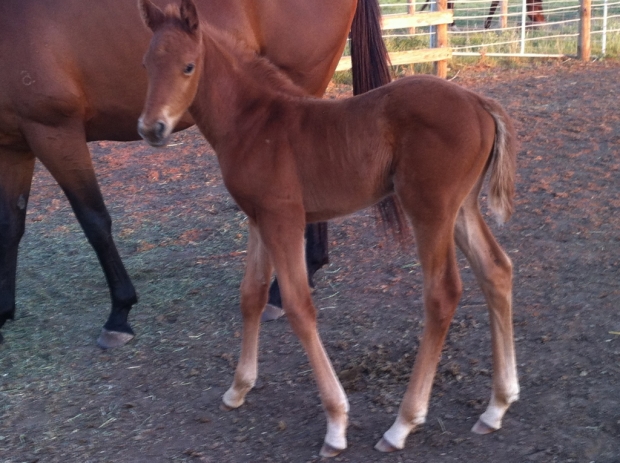