At Abbey Thoroughbreds we always try to find good homes for our horses and last week we managed to find an exceptional home for two of our retired racehorses – Flingitnow and Morally Bankrupt.

We originally purchased Flingitnow (now 8 years old) as a yearling at the Classic Sale, feeling that he would be our next champion. He was the first foal out of a Flying Spur mare called Purespeed. We got his name from the movie Madagascar, where the monkeys were fond of saying “if you’ve got any poo, fling it now”. 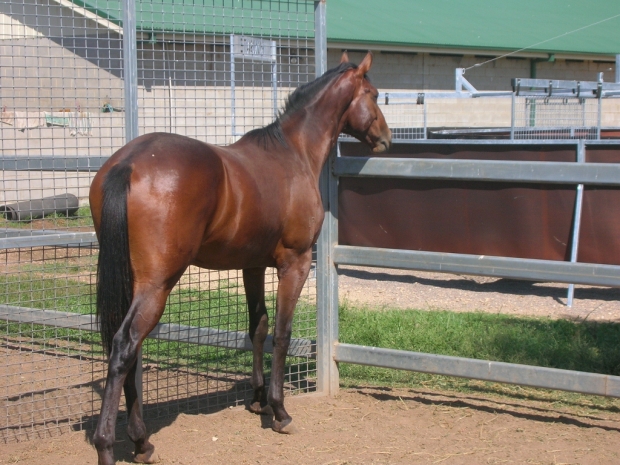 Unfortunately after our purchase, Flingitnow had a few problems and he didn’t show us enough to front up at the Magic Millions 12 months later and chase the next Purespeed foal by More Than Ready who went on to race under the name Sebring.

Although we managed to win one race with Flingitnow, it’s fair to say he would have difficulty running fast enough to fling any poo at his younger brother, but he will make a great eventing horse and loved being schooled over the jumps in a last ditch attempt to find that extra length (or 10) that was sadly lacking on the track.

Morally Bankrupt (well-named we thought as he was by Secret Savings) was purchased at the Scone yearling sale. Despite being a magnificent strong type he also was limited in ability on track. 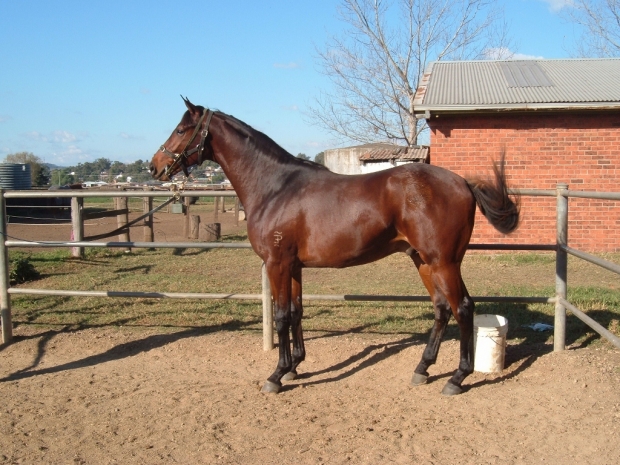 Hoping for more success in warmer climates both Flingitnow and Morally Bankrupt were due to be leased to connections in Queensland who unfortunately were not able to put either horse in work due to personal issues and the two geldings were left unridden in a paddock for over twelve months, then returned to us.

Both horses were sound and good to ride, and had become best mates during their time in the paddock, so after advertising them on the net, a lovely lady came to watch them be ridden, and ended up taking both to train as potential eventers. We are extremely pleased they have found a good home, and pleased that they’ve stayed together for the time being, and are keen to watch their progress in the equestrian world.

The breeding season (and the warmer weather) is fast approaching. This is a very busy time of year for stud farms, vets, horse transport companies and many others associated with the breeding industry.

It will also be a busy weekend in the Upper Hunter on the 24th, 25th and 26th August as many visitors arrive for the Stallion Parades and the Inglis Scone Broodmare sale at White Park on Friday 24th August. Don’t forget the Scone Races are also on Friday 24th.

For those who have not yet finalised their mating plans, this will give breeders a great opportunity to assess stallion options and view some of the new and imported sires. It will also provide an opportunity to see the early season foals, which are especially popular in relation to the first crop sires.

Our mating plans for our own mares are finalised for the new season and our horse population is steadily growing thanks to our valued clients. We wish them every success in the future with their valuable investments which include some stunning types by Danehill Dancer, Tale of the Cat, Holy Roman Emperor, Starcraft and Beautiful Crown.